It would be so sad 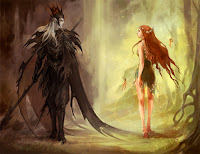 Hard to even know how to start a post on great big things when I am usually updating about pictures I love, or books I have coming out, or general newsy bits. But so many people are debating the question of plagiarism and now, whether or not to continue to review books or buy books from Dreamspinner Press. I hope they don't follow through on those threats. That would be so sad.

I mean, if you aren't going to read anymore DSP books you will miss the fifth in the Cut & Run series, Armed & Dangerous, when it releases in May. You will miss the sequel to Hot Head, the sequel to Bear Otter And The Kid, and the continuing beloved Andrew Grey sagas as well as Ariel Tachna's vampires. It would be a loss to miss out on what those amazing authors have planned. I mean, there's a whole fleet of talented DSP authors, just go by and check out the homepage, the list is long and impressive. It would be... no more Amy Lane? But there's a sequel to Chase In Shadow about Dex planned. Don't you want to read that? I want to read that. So isn't this the whole baby with the bathwater thing? Ashlyn Kane has a post HERE which is far more articulate than I could ever be. Amy Lane has one HERE that spells out all the points. But it seems to me that to see things all one way or another does everyone a disservice. Maybe we could all just remember the things we love about our genre instead. That will carry us through. And as for DSP, when everyone else said no, when I was shopping Change of Heart around and no one wanted the first-person POV, werepanthers or Jin, Dreamspinner said yes. How could I ever be anything but grateful and loyal? Those things are important too.
Posted by Mary Calmes at 1:21 PM