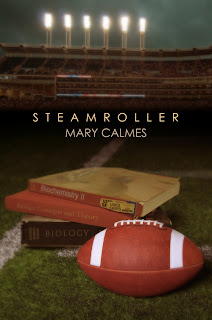 Okay so some sharing was in order. I am finally in Kentucky. Yeah! I am officially a mainland dweller. Yeah! I no longer live on a rock in the middle of the ocean. And while Hawaii is a gorgeous place to visit, with the cost of living being what it is I will never get my kids into a house on a street with a neighborhood where they could just hang out or go Trick or Treating at Halloween. So I moved and while it has been crazy, hopefully now everything will calm down and I can finish my projects, namely Domin. He has been all over the place probably because I have. Let us pray for peace and normalcy.

But in the meantime, there is this, the wonderful cover that Anne Cain did for my novella Steamroller which will be out either late September or early October. When I know exactly I will let you guys know. It's about Vince and Carson and hopefully you will all like it. I couldn't get Jory finished until they were out, (it's how my brain works), so ta-dah, Steamroller. 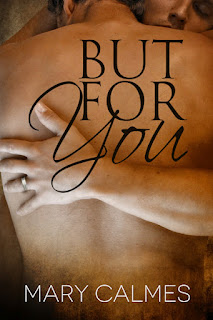 And after that we have But For You which is the last book in my A Matter of Time series with Jory and Sam. I love the cover Reese Dante did, don't you all? It's very romantic and I like Jory's ring. So as soon as I have firm dates I'll let you know. But really, the covers made me so happy, I had to share.
Posted by Mary Calmes at 10:13 PM