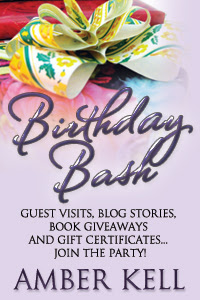 It turned out Cebrus didn’t get a chance to escape. As he dressed for his big departure Silvan returned from wherever he’d wandered off to.
“Good you’re dressed. We can get going after we eat.”
Silvan planted a kiss on Cebrus’s mouth as if he had every right to take control.
“I’m not marrying you,” Cebrus blurted out.
Instead of looking offended Silvan smiled. “We’ll see. I figure I have several weeks to change your mind.”
Cebrus sighed. Maybe when they were travelling Silvan would learn how obnoxious Cebrus could be and give up the idea of marriage.
The dining hall had the feel of a party about it. Soldiers laughed and dined, couriers ran from back to deliver messages and ladies in waiting flirted with the men.
This could be his future. Cebrus didn’t know if he should be excited or start to make plans for his grand escape.
“Here have something to eat,” Silvan pulled out Cebrus’s chair as if seating a fine lady. Cebrus shook his head and gave a snort.
“I’m not a girl you know you don’t have to hover.”
Silvan nodded. “Trust me I’m completely aware of your masculinity.”
Cebrus pointedly ignored the prince while he ate. The rolls were fluffy the meat made a nice crunch in his mouth and the soldiers talking around them made a nice cheerful chatter.
Relaxing for the first time in weeks, Cebrus enjoyed his meal.
“I’ve got supplies loaded onto the horses, we can leave after our meal.”
Cebrus didn’t need a bunch of supplies and soldiers following him but he supposed you couldn’t take a prince of the realm and traipse through the countryside without protection. Somehow his small quest to find a new type of wood turned into a princely outing.
“I don’t suppose I could go do my quest and return.” Cebrus asked hopefully.
Silvan laughed. “No love. You will never travel alone again.”
“But I’m a wand maker. Part of my job is to go from kingdom to kingdom and help people with their wands. How am I going to do that if you make me stay here?” Cebrus could already feel the bars closing in on him, a caring, comfortable cage but a cage nonetheless.
“I don’t want to oppress you love. I’m not going to stop you from traveling, I’ll just insist you take guards with you whenever you go,” Silvan assured him.
Cebrus with nodded. He would reserve judgment until they reached that point. He still had hope for their trip. He liked Silvan but he wasn’t ready to bond with anyone yet.

Cebrus climbed up on the horse and watched Silvan’s fine ass as he slid onto his mount. There were many things he objected to about the prince but the man’s build wasn’t one of them.
Although there wouldn’t be a lot of opportunity for privacy on the trip Cebrus was certain he could find a secluded spot to enjoy the prince. Just because he wasn’t in a hurry to get married didn’t mean he wouldn’t be interested in a little sampling.
Just the idea of seeing Silvan stripped naked would make the entire quest worthwhile.
Somehow his solo quest went from a single person walking to a group of six people on horses. Cebrus felt a little bad about dragging everyone off to the north but he knew the prince wouldn’t be convinced otherwise.
Posted by Mary Calmes at 12:35 AM