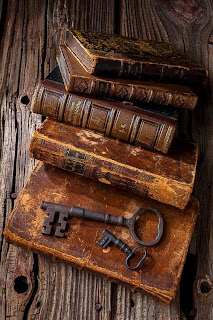 I have been working on a book since before Romantic Times which was the last con I went to back in May. Holy. Crap. Is there anyone who writes slower than me? Damn. A friend of mine wrote 40k in a week. Not kidding. Amazing. Maybe in my next life I will be like that. In the meantime, I do need to nudge my muse just a little. I think she's sitting on the couch watching Supernatural reruns and eating Oreos. Like either one of us needs Oreos...

Anyway, I started off trying to write the 3rd book in my Timing universe but after months of wrestling with Glenn, (which sounds cooler than it is), I have tabled it for a bit. I also have my warders on my "to do" list but that one wasn't moving any easier. I know that not every book wants to to be told  but when nothing is working, it's time to take a step back.

So... for about a year now I have had shifters on the brain. I've wanted to write different ones than my werepanthers but I have been worried that whatever I did might end up sounding like Jin and Logan and the gang. But still, I wanted to write more and from the alpha's perspective this time...and so I did that instead. I finished and submitted it and hopefully it will be accepted and I will have good news. I also wrote a Christmas story for the DSP advent so if that one is accepted, that would be good to. We'll see. Cross fingers for me.

And so now, I have a contemporary novella I'm working on and then I am going to hit my warders hard and then...Glenn. Maybe I need a cattle prod.

Hope everyone has an awesome week. My kids go back to school on Wednesday, glory hallelujah. :)
Posted by Mary Calmes at 1:22 AM