Hello again, everyone! We here at The Novel Approach hope you had a lovely November and are ready to roll straight on to December. ’Tis the season for cuddling up in front of a fire with a good book, right? So we hope you’ll find a few to add to your winter TBR list here in this month’s Booyah Books.

Here are our choices for the month:

“I completely loved watching these boys grow up together. The strength Timmy displayed while surviving his home life was offset by the vulnerability he only showed to Ben. At the same time, Ben was so used to people leaving him he felt he couldn’t be honest about his sexuality for fear he would lose his father. When Timmy and Ben are reunited, will they be able to move forward or will they both have to live with what could have been?
If you enjoy young love and coming of age stories this book is sure to strike your fancy. I highly recommend this book, and I would absolutely love to read more about Ben and Timmy if Mia Kerick ever felt the need to revisit them.”

“This is one of those remarkable stories that wasn’t burdened with too much external interference, instead opting to focus on the flourishing romance and the involved parties’ own emotional baggage. They provided their own conflict in spades, issues and self-esteem pitfalls cropping up left, right and centre. Let’s face it, that is the most realistic thing in a new relationship; we are our own enemies. No one needed to be stuffed in the back of a tinted-windowed van or be the victim of human trafficking. They came to the table with their own issues, and thus, to me, they were real and true.

A very British story from a very British author, I see a glittery future ahead for Jay Northcote. This book ticked all the right boxes, and I am very excited to see more from the author and her upcoming works with Dreamspinner Press. From a young lad from Blighty, I give this little slice of Brit-romance a really well-deserved 4.5 stars.”

Tina’s Choice:
The General and the Elephant Clock of Al-Jazari by Sarah Black

“No one writes romantic, loving words that will melt your heart out your eyes like Sarah Black. The words of love exchanged between John and Gabriel, oh my god. I just read them over and over again. It was like they couldn’t express their love for one another for twenty five years, and they used that time to compose the most beautiful, eloquent words to tell each other how truly and deeply they loved each other once they were able to verbalize their feelings.

That is one of my favorite things about reading gay romance novels. That the men, these strong warrior/philosophers (read the books, you’ll understand that) who are able to take on the world and walk away with hardly a scratch, are so vulnerable with one another. They lay themselves open and their hearts are there for all to see. Even the way Ms. Black describes the looks that pass between them when they see each other after being apart is hot and heartwarming. I can almost see their faces and the way each of their hearts and bodies just relax at the sight of the other. They are Home.
Very highly recommended.”

“This novella isn’t done yet. So much has happened already, but the events that lead up to Hunter and Kayden dealing with their feelings seemed to come out of nowhere. This author is brilliant at making the most insane and unpredictable twists believable that I completely trusted everything would make sense. And, of course, it did.

By the end, on top of a great, thought provoking and emotional story, the reader is left with wonder for what happens next. The fate of the brothers is up in the air, and Kol Anderson can’t write fast enough.”

“• The supporting characters all added to the story line. Tait, Stone’s hothead brother. Jenela, the vampire queen who is also Tomi’s sister. Naji, the shifter child who Stone adopts and treats as his son. And Arik, Tomi’s cheating boyfriend who gets what he deserves. They were all complicated characters with interesting stories of their own.

• They were very well written and I’m hoping there will be some sequels!

• The plot was enjoyable and a little bit different from what I was expecting.

Bloody Love Spats is a perfect storm!! A must read for anyone who loves vamps and shifters!!!”

“What really kicked this story into gear was how the tenants of Belladonna Arms helped in bringing Stanley and Roger together. Let’s just say, they knew how to put the “fun” in dysfunctional, and a few of them even stole my heart with their antics. I’m still debating whether to stick pins in my eyes whenever I conjure up an image of Arthur, and whoever left the brownies at Stanley’s front door…thank you…it sure moved things along in the romance department. Sure was cute, seeing Stanley like that.

My cheeks were hurting from all smiling I did throughout the story. Mr. Inman, I love your sense of humor, and I’m looking forward to reading more of your books.”

“Merry Gentlemen is, at its heart, a story of adaptation—a life lesson in which the city mouse must decide whether he’d rather live in his country mouse’s world than live without him in his own (Gladys and the Pips, bring it home). Can Ri give up everything he’s ever wanted—or thought he wanted—to be with the one man who makes him happy beyond all reason? Don’t worry: this isn’t a story about Ri sacrificing everything just to be with his man. This is a story of Ri waking up one day and discovering that everything he’s ever wanted has absolutely nothing to do with what he needs to be happy. And what he needs has just walked out the door again. This time for good. See? Angst.

So, if you’re making a list and checking it twice, let’s recap:

And that does if for the month of November. Until next time, happy reading!
Posted by Lisa at 11:36 AM No comments: 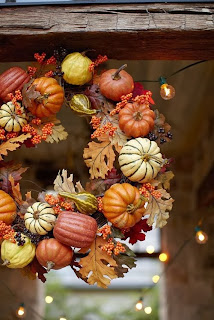 Hope everyone has a wonderful and safe holiday.
Posted by Mary Calmes at 11:10 AM 3 comments: 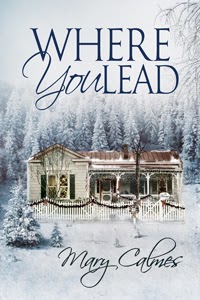 Yesterday it was the new shifter book, and today on the coming soon page at Dreamspinner is my Christmas novella that will be released on Christmas Day. Here's the blurb:

ATF agent Peter Lomax isn’t a hearts and flowers kind of guy, but he can be possessive, and it caused problems until Carver Fleming. Carver may be part of the art world, but he gets Peter, loves belonging to the man, and Peter treasures the way Carver understands them together.

Carver loves Peter, but he's fully aware that six months doth not a commitment make. Carver wants to make the relationship last forever, but he’ll have to leave their life in Chicago to take care of the family he loves. He wants to do it with Peter by his side, but going from the city of Chicago to tiny Colt, Kentucky is a big change.

I hope you all enjoy it. Have a great weekend!
Posted by Mary Calmes at 8:14 AM 3 comments: 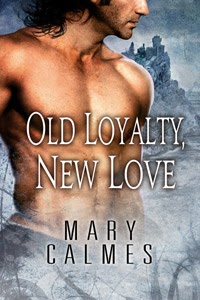 My new shifter book is on the coming soon page at Dreamspinner and will be released on December 13th. I'm so excited! I never thought after Jin & Logan that I would fee like writing more shifters but the story just coming back, over and over, couldn't shake it. I hope you all enjoy reading it as much as I enjoyed writing it. Here's the blurb:

When jackal shifter Quade Danas was banished from his pack for being gay, he spent years in the military escaping his father's prejudice before returning to civilian life as a bodyguard for Roman Howell, the teenage son of a very rich man. After Roman is in an accident that leaves him physically scarred and emotionally distant, Quade is the only one who can get through to him. As Roman becomes a man, he realizes what he wants—his bodyguard by his side and in his bed. Unfortunately, Quade can’t seem to see past the kid Roman once was to the man he has become, certain Roman’s feelings are merely misplaced gratitude. But Roman knows a lot more than Quade realizes, and he’s used to persevering, no matter how many impediments life throws his way. He wants the chance to prove to Quade that he’s strong enough for a jackal alpha to call mate.

Despite the decades Quade has been away, and the heartache of his father’s rejection, his inborn loyalty to the pack remains, and his abrupt departure left the jackal shifters without an alpha heir. As a psychopath shifter staking claim as alpha draws Quade back home, and Quade feels compelled to heed the call, he may be forced to make a choice he never anticipated. But doing so means he must leave Roman behind… unless somehow they find a way to make loyalty and love work together. 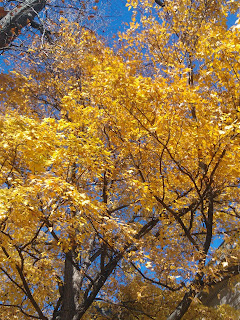 So November is sort of a transition month. Its not quite the awesomeness of October where it's windy and crisp, and it's not cold winter like December is. Its the middle and so it's to be endured until Thanksgiving which is when it finally gets good right before it ends. What's even weirder is how fast this year has gone. 2013 has been a strange one for me. I feel like I never really got going, like yesterday it was May and then the summer dragged on for like six months and then October showed up and now it's almost December. Amazing. I expect to wake up tomorrow and it will be January first.
I finished my contemporary novel, Floodgates and submitted it. Hopefully it will be accepted. Right now I am working on a novella before I get back to Glenn's book. Its weird, I have the romance part figured out it's the rest that's fuzzy and normally it's the other way around. Leave it to Glenn to be backwards. I hope everyone has a terrific rest of the week. :) 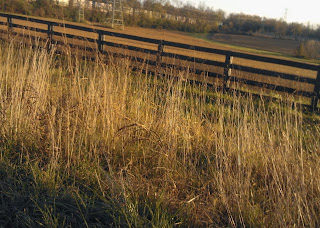