This will not be a habit... 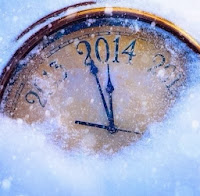 I won't  procrastinate this year. It was my big resolution. And even though I'm late with the New Year's wishes, I hope everyone had a great and safe one. My hubby and I had plans to drink in the new year, just the two of us at home, but we ended up having sparkling apple cider with the kids instead and playing board games. He fell asleep and my kids and I watched the second Percy Jackson movie. I'm so old.

Be that as it may, for me New Year's Day was more important then the eve because I made my 2014 writing plan. I have 7 things in my writing queue and I don't expect it to change. My plan is to write nothing but sequels after I finish the book I'm working on now. So far for 2014 I have a novel out in March called Floodgates, it's a contemporary with a bit of a thriller aspect to it. Then in April my shifter book with Cardeno C, Control, is out. And as I said, I'm working on finishing a novel now and then off to 5 sequels. I'm writing a sequel to Old Loyalty, New Love, Glenn's book (I know, but I really am, he's difficult), the last Warder novel, Conrad's book, and then Wick and Dov which will be my last werepanther book where I'll be checking in on Jin and Logan. So I'll wrap up the Warders and Change of Heart this year. I'm excited, I hope 2014 will be great.
Posted by Mary Calmes at 1:49 AM