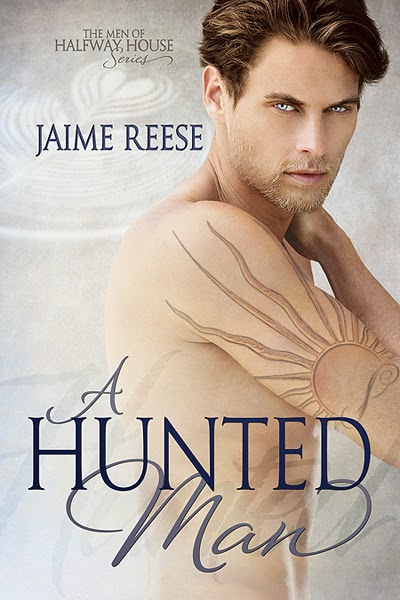 Hi, everyone!  I want to start by thanking Mary for inviting me to guest post on my release day. THANK YOU!

Today is the official release of A Hunted Man, the second book in The Men of Halfway House series. Book 2 is a romantic suspense/mystery novel and a somewhat different style of read from book 1, A Better Man. Although characters reappear from the prior installment (Matt, Julian and Sam), this story can be read as a stand-alone.

I guess the best place to start would be at the beginning and the reason behind the series.

The Men of Halfway House is a series about men who have been dealt a crappy hand in life for one reason or another, whether by their own doing or as a result of circumstance. Their experience while in the halfway house provides them with a rare second chance to change the direction of their lives. In each story, the characters are partnered with men who offer love strong enough to mend a broken man and help them in their quest for a happily ever after.

A Hunted Man tells the story of Cameron Pierce, the first guest in the halfway house.

Cam's story is about second chances, trust, healing, and never giving up hope. He struggles to adjust to his new life—wanting to enjoy even the smallest of details while trying to guard himself against the danger of hoping for more. He's a complex character. He's vulnerable, yet strong and resilient. Quiet and guarded, yet forward. Cam is gifted with a chance to love and be loved by Hunter who is patient, understanding, and a solid rock of support. Their story isn't an easy one. Cam has a past that haunts him and resurfaces to threaten his new start in life.

I can't say much more without potentially ruining the mystery element of the story, and I would love for readers to be able to experience the story as they turn each page. I hope you'll join these men in their quest for their happily ever after.

Bio:
Jaime Reese is the alter ego of an artist who loves the creative process of writing, just not about herself. Fiction is far more interesting. She has a weakness for broken, misunderstood heroes and feels everyone deserves a chance at love and life. An avid fan of a happy ending, she believes those endings acquired with a little difficulty are more cherished.