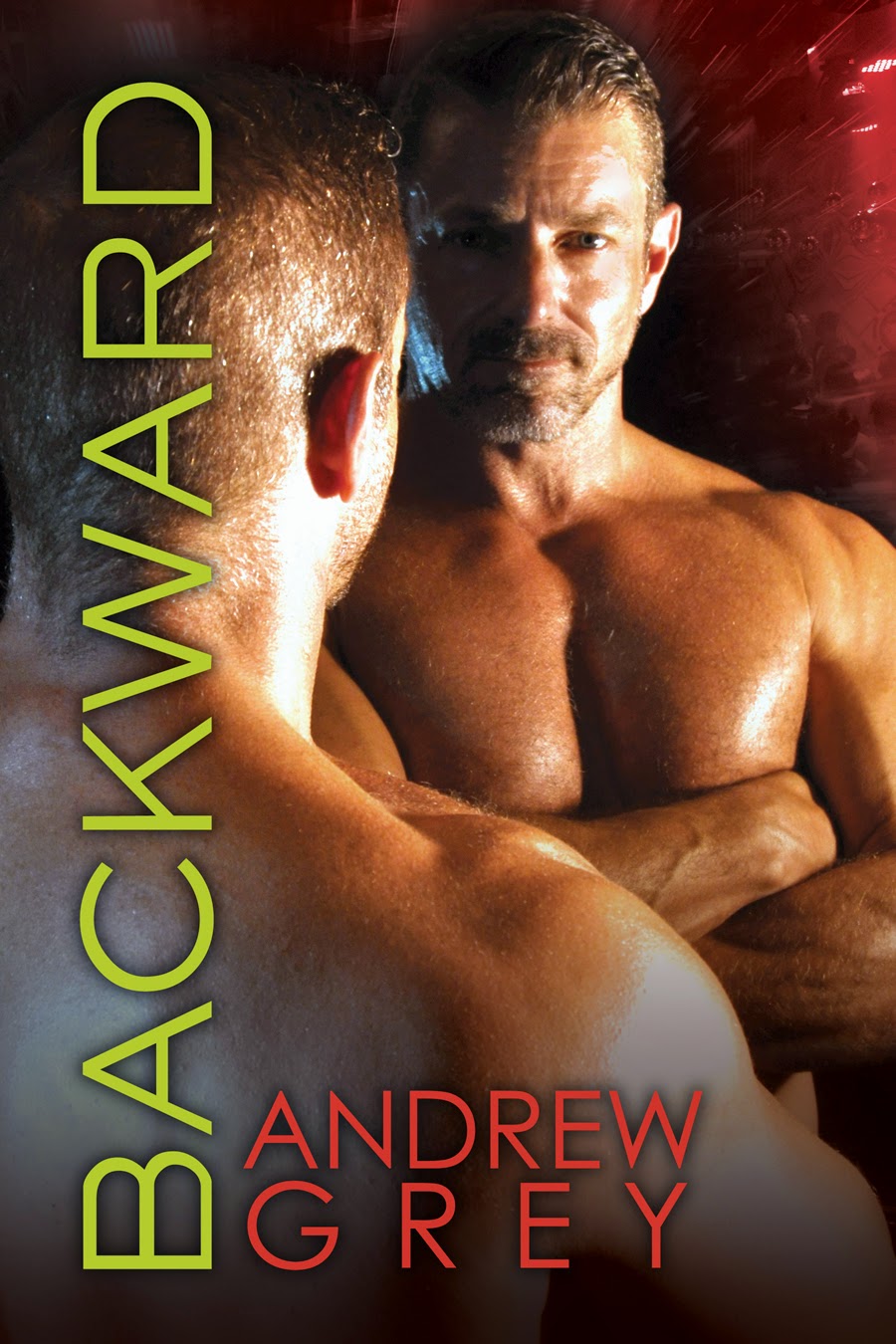 I'm so excited to welcome Andrew Grey to my blog today!

I want to thank Mary for having me as a guest on her blog.  She is such a wonderful friend!  I’m here today to talk a little about my new book, Backward.  This is the third story in the Bronco’s Boys series.  The funny thing about the books in this series has been that a lot of the talk about these books has been about the covers which I love and have had the opportunity to work with some amazing guys.  But here today I want to talk about the story itself.  Backward is Harry and Tristan’s story.  In the previous two books, Harry has been the man in the background taking care of business.  In this book he gets a starring role and Harry turned out to be everything I’d hoped he would, strong, smart, and willing to stand up for the ones he loves.   He’s a great person, one that I grew to admire.
Of course I introduced Tristan in the previous books as well.  He’s part of Zach’s group of friends and the third to get his story.  I loved Tristan.  He’s made bad choices and gotten himself into trouble.  But he’s also got spunk and life.    One of the things I love to do in my stories is to add a little humor.  We all have our fears and foibles.  In this book, its Tristan’s that come forward.  Among other things, Harry loves animals and has a cat.] Butterscotch. Or as Tristan refers to her, a ball of hairy death.  Tristan is afraid of cats.  Don’t ask me where that came form because I have no idea.  Sometimes when writing a story something will pop into my head and flow out onto the page without any thought.  Basically Tristan told me he was afraid of cats.   That helped make Tristan more human for me.
I really hope you love Backward as much as I enjoyed writing it.  The story has heat, drama, passion, action, and intrigue.  It also introduces some new characters that you’ll be seeing in the future.

Blurb:
Club owner Harry Klinger has had his eye on Tristan Martin for months, but never had the nerve to approach him. He’s watched as Tristan dated Eddie and then reluctantly sat on the sidelines during the emotional breakup when Tristan discovered Eddie was dealing drugs. Now that Tristan seems to be healing, Harry hopes to get his chance.
When Eddie sends his men into Harry’s club to harass Tristan, Harry steps in to help. Tristan is reluctant at first since he admittedly has terrible taste in men, but Harry seems genuine, and Tristan can’t help but think Harry’s sexy as well and begins to hope for happiness for both of them.
Unfortunately, Eddie isn’t behaving rationally, sampling too much of his own product. With his determination to take Tristan back, it’ll take more than Harry’s help to keep Tristan safe as Eddie ratchets up his attempts to get what he wants.
Purchase:  http://www.dreamspinnerpress.com/store/product_info.php?products_id=6020