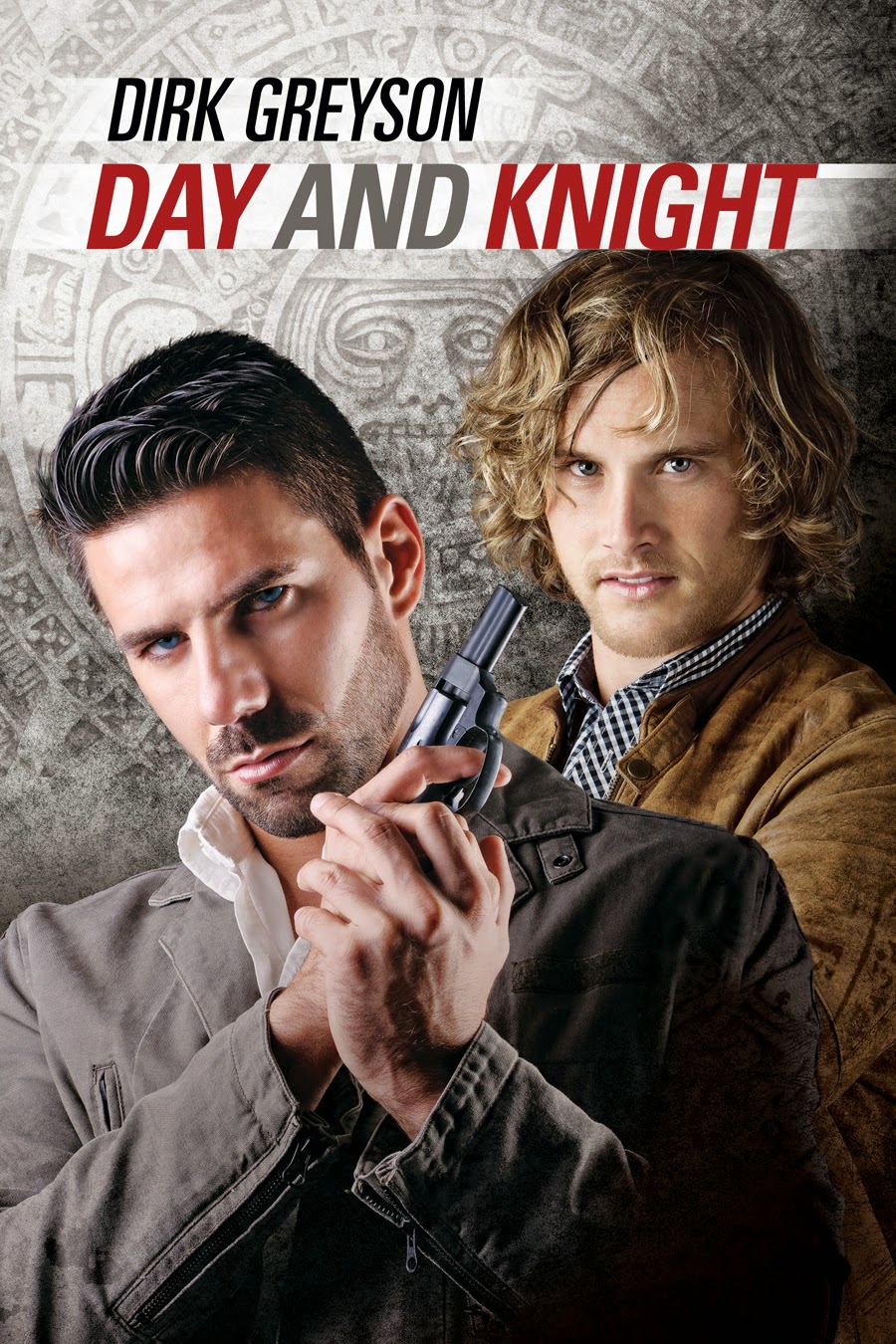 I have a very special guest with me here today, Dirk Greyson has arranged for Dayton (Day) Ingram to talk about working with Knighton. Day and Knight are the leads in Dirk's new release of the same name, and I'm very excited to get some insight into their dynamic.

A:  ***Chuckling***  Well Knighton, or Knight, as everyone calls him, is one of those action kind of guys who doesn’t talk much, and surprise, surprise, he thinks he’s always right.  The dangdest thing is that he usually is, which is annoying as hell most of the time.  Unfortunately the rest of the time he can be an obstinate, sometimes obtuse pain in the ass!”
Q:  Is that what got under your skin?”
A:  Yes!  ***Throws hands in the air*** Damn it.  Somehow the asshole got under my skin and I can’t get free of him.  Let me give you an example of his assness.  No one knows his first name.  I’ve looked for it all over and I’m a computer guy.  He even managed to hide his birth certificate somehow.  So all anyone knows him as is Knight.  Nothing else.  Oh, and did I mention that he thinks he’s always right?
Q:  Okay. I think I get it.  He can be an ass.
A:  Yeah, he can, but hell, there’s no one I’d rather to have my back. But don’t you dare tell him I told you that.  He’s loyal to a fault and as dedicated as they come.  When we get into trouble, I know he’ll be there, as in never have to think twice.  It’s the rest of the time that he drives me insane.  Most people talk, but not him.  I guess that goes back to the man of action thing.   *** Blushes*** Okay, so the action part of things isn’t so bad sometimes.
Q:  I take it you and he are more than just partners?
A:  Yeah, I guess.  Although I don’t know where that really gets me.  Knight is really dynamic and forceful.  *** Day colors a little more*** But the man doesn’t talk about much, and asking him questions directly eithers get the brick wall treatment or he just tells you where to go.
Q:  Sounds to me as though you really like the guy. If you didn’t you wouldn’t care.
A:  That’s the real crap part.  I do.  He’s smart and he can be funny, and let’s not forget on fire hot.  But he hides the best parts of himself so deep it’s like digging a mine to get to them.
Q:  And you don’t?
A:  Well…  With our jobs it’s hard being open about a lot of the things in our lives.   Okay, I’m going to shut up now before I sound whiny.  *** Flashes a grin that would stop traffic***
Q:  So, bottom line, in the end, do you regret being paired with Knight?
A:  ***Makes a show of thinking*** Not for a second.

Here's the blurb:
As former NSA, Dayton (Day) Ingram has national security chops and now works as a technical analyst for Scorpion. He longs for fieldwork, and scuttling an attack gives him his chance. He’s smart, multilingual, and a technological wizard. But his opportunity comes with a hitch—a partner, Knighton (Knight), who is a real mystery. Despite countless hours of research, Day can find nothing on the agent, including his first name!
Former Marine Knight crawled into a bottle after losing his family. After drying out, he’s offered one last chance: along with Day, stop a terrorist threat from the Yucatan. To get there without drawing suspicion, Day and Knight board a gay cruise, where the deeply closeted Day and equally closeted Knight must pose as a couple. Tensions run high as Knight communicates very little and Day bristles at Knight’s heavy-handed need for control.
But after drinking too much, Day and Knight wake up in bed. Together. As they near their destination, they must learn to trust and rely on each other to infiltrate the terrorist camp and neutralize the plot aimed at the US’s technological infrastructure, if they hope to have a life after the mission. One that might include each other. 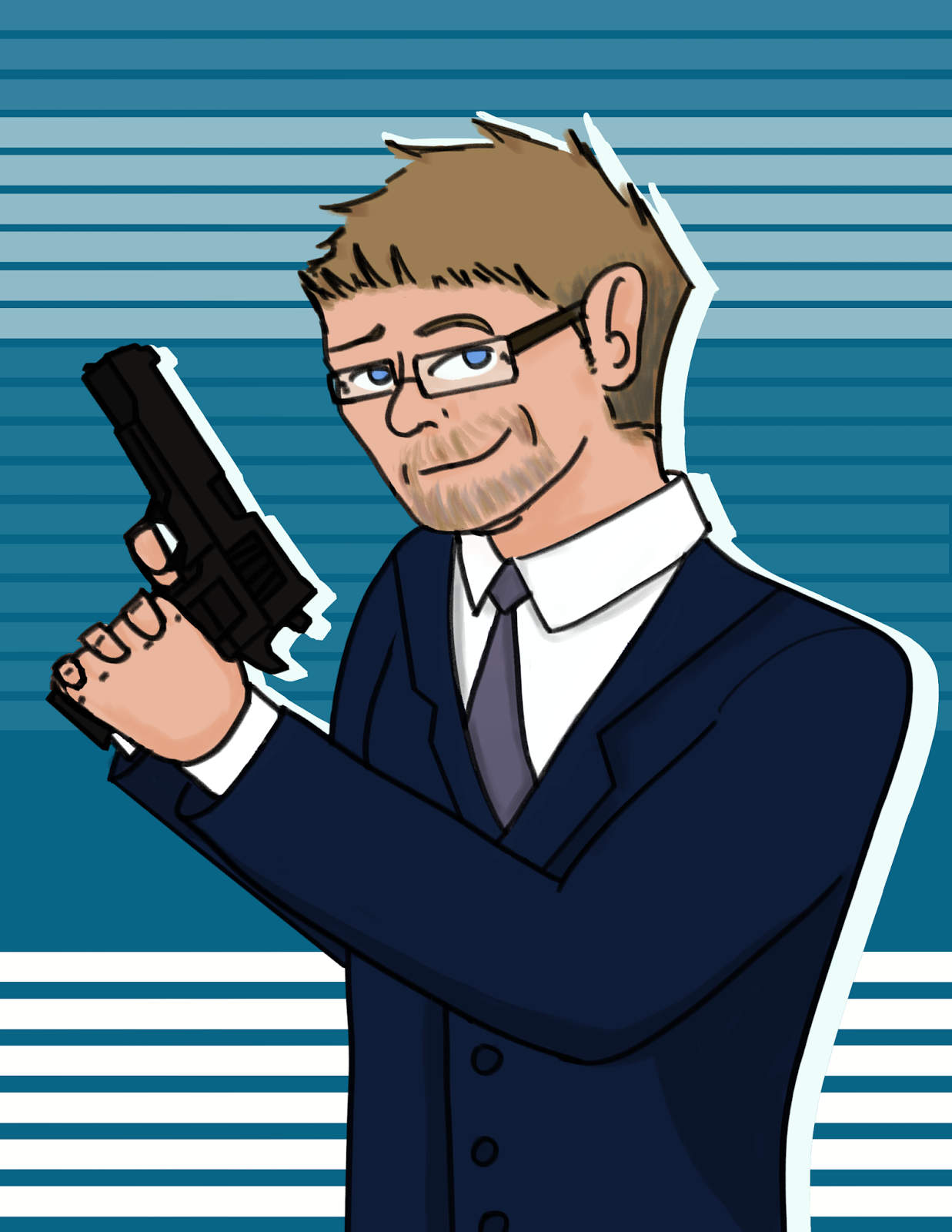 Dirk is very much an outside kind of man.  He loves travel and seeing new things.  Dirk worked in corporate America for way too long and now spends his days writing, gardening, and taking care of the home he shares with his partner of more than two decades.  He has a master’s degree and all the other accessories that go with a corporate job.  But he is most proud of the stories he tells and the life he’s built.  Dirk lives in Pennsylvania in a century-old home and is blessed with an amazing circle of friends.
You can contact him at:  dirkgreyson@comcast.net
Twitter  @dirkgreyson