I’m always honored when Mary Calmes has me on her blog, she is an awesome friend.  Challenge the Darkness is one of those stories that takes you by surprise.  A few months before writing it, I went on a paranormal shifter story kick and read a lot of them, including Mary’s L’Ange series.  Kate Douglas had also sent me her Dark Wolf series and those two things combined to inspire this particular story.    Originally I hadn’t seen myself as writing paranormal stories.  I thought it was something I didn’t have in my wheelhouse and I knew I wanted to come up with something different as well as a world that would seem to fit within our current reality.

Then I saw the video, Wolves Change Rivers in YouTube and the idea was born.  It took a few months to percolate, but when I sat down to write Challenge the Darkness, the story seemed to pour out of me.  Mikael and Denton were in a huge hurry to tell me their story and they included all the amazing hot details.  It seems these two guys have very little shame at all, which certainly made my job easier.  Denton and Mikael are also men of action, both in and out of the bedroom, strong, powerful, and definitely a formidable pair, once they got their act together.

I have so many people to think for helping with this story.  Mary and Amy Lane for listening to me prattle on as I wrote the thing, Kate for letting me use the idea of her goddess.  And to Lynn West and Elizabeth for their constant inspiration and support.

Excerpt
But he’s gone,” Anna mumbled. “The other half of my soul has been ripped away from me. We’ve lost our home and our family. All of it was taken from me in the instant Gregor died.” Her voice remained steady, though, and Mikael knew she’d keep it together. She was the mate of an alpha, and that alone would sustain her.
“I know. But the boys will need you, and your new pack will need you.”
She turned to him. “You lied to Anton.”
“In a way. When Gregor asked me to come to ensure the fight would be fair, he told me if anything were to happen to him, he wanted me to take care of his family. You and those two boys were important to him. So when Anton tried to claim you, I had to step in.” He glanced in the backseat and saw that both boys were asleep, lying down on the seat, curled together just the way he’d slept with his siblings, Karl and Catherine, when they were pups. “What he was doing violated everything I believe in, and if I could have, I’d have helped everyone in the pack, but I can’t. They are beyond me, but not you and the boys.” He had to save a piece of his old friend. If Anton had taken the boys, odds were good that at some point they would end up dead too. Gregor’s blood in Anton’s pack would have been a threat to him, especially if they grew to be as strong as their father.
“What if they grow up to challenge you or your sons?” Anna asked with a touch of pride.
“They won’t. I won’t have children.”
“You’ll find a mate,” Anna said.
“I might, but I know my mate will be another man. The Mother told me so in a dream when I was eight years old. She showed him to me—another eight-year-old boy. I remember his blond hair, fierce eyes, and the way he looked back at me. It was like we could see each other for a brief time through the ether. Then he was gone, but I always knew he was my mate. I just haven’t met him yet.”
“What about your brother and sister’s children?” Anna asked.
“You’ll see. Karl is my beta and he’s fantastic at it. He always has my back, and Catherine is an enforcer. No one messes with her, including her husband, Stan. My younger brother, Christopher, is away at college.” Christopher’s role in the pack was up in the air at the moment, by his choice. He’d always seemed to go his own way and follow his own drummer. “They are my support, always, and I couldn’t be the alpha I am without them. We’re not a large pack, only about twenty in all. The core of the pack is my family—my siblings and their spouses, their children, and my uncle and mother. And now you and the boys. So if they grow up and follow in their father’s footsteps, as long as they care for their pack the way Gregor always did, they’ll have my blessing and support.”
Anna didn’t say anything right away. “Thank you, Alpha,” she finally said softly.
~*~*~*~*~*~*~*~*~*~*~*~*~*~*~*~*~*~*~*~*~ 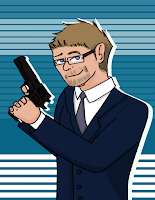 When alpha shifter Mikael Volokov is called to witness a challenge, he learns the evil and power-hungry Anton Gregor will stop at nothing to attain victory. Knowing he will need alliances to keep his pack together, Mikael requests a congress with the Evergreen pack and meets Denton Arguson, Evergreen alpha, to ask for his help. Fate has a strange twist for both of them though, and Mikael and Denton soon realize they’re destined mates.
Denton resists the pull between them—he has his own pack and his own responsibilities. But Mikael isn't willing to give up. The Mother has promised Mikael his mate, told him he must fight for him, and that only together can they defeat the coming darkness. When Anton casts his sights on Denton's pack, attacks and sabotage follow, pulling Denton and Mikael together to defeat a common enemy. But Anton’s threats sow seeds of destruction enough to break any bond, and the mates’ determination to challenge the darkness may be their only saving grace.