The Best of Booyah Books 2015 ~ The Year in Reviews 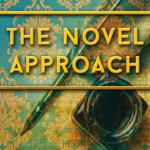 Cheers, everyone, and welcome to our Best of 2015 Giveaway! We've each put together a list of our Top 5 favorite books this year, in no particular order (and some of us also had an honorable mention because it's just that hard to narrow things down), and we'd not only like to share our faves with you but also would love to give you a chance to win THREE e-copies of the winner's choice from amongst our chosen titles. You can enter for the chance to win via the Rafflecopter widget below.

Labels: Best Books of 2015, Booyah Books, The Novel Approach, The Year in Reviews 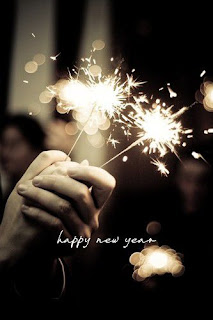 I hope you all have a joyful and prosperous 2016. As for me, I'm excited about the stories I get to share next year. Let's all have a good one. :)
Posted by Mary Calmes at 9:59 AM 1 comment: 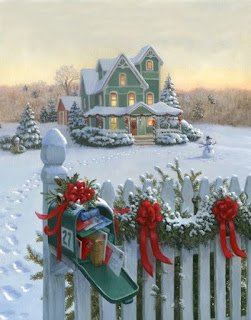 Merry Christmas and Happy Holidays to all. Let's be safe and joyful out there. :)

Sleeping 'til Sunrise, the last in my Mangrove series is out today and I hope you all enjoy it! These are my main characters, Essien and Roark along with the beautiful cover Reese Dante made me! 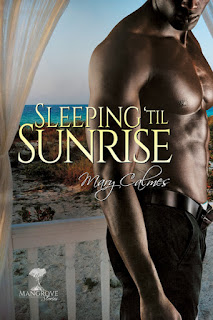 Spotlight / Cover reveal information for BY THE RULES by Elisabeth Staab
Release Date: 1/19/2016

About By the Rules:

He thinks I want him because of the rumors around town. Because I think he’s easy. I want AJ, because he’s AJ.

No liars. No suits. Absolutely no straight guys…

AJ Fabin’s list of rules keeps him safe. Since getting kicked out of his parents’ home and attacked by a former escorting client, his rules and his life in the tiny town of Evergreen Grove provide a quiet haven. He may be lonely, and he may stick out like a sore thumb, but the folks like him well enough. When he’s not dodging his old pimp, things are peaceful.

Hayden Price is having a quarter-life crisis. Engaged to a woman he can’t connect to and working a job he secretly hates, he comes to Evergreen Grove to help his mother through a health scare. Returning to his childhood home makes Hayden reevaluate a lot of things, including himself. When he meets AJ and finds he can’t stand the mouthy jerk—almost as much as he can’t stop thinking about him—he has a lot more to change than his career.

To be together, they’ll both have to break all of their rules.

All other buy links will be sent out via Elisabeth’s newsletter (which you can sign up for) as SOON as they are live.

About Elisabeth:
Elisabeth Staab loves passionate stories and happy endings. Her books have been called “emotionally delicious,” “action-packed,” and “gloriously snarky.” When not writing romance, she enjoys date night with her husband, reading Harry Potter with her kids, and marathoning her favorite books or TV series. Find out more at ElisabethStaab.com, follow along on Facebook and Twitter, and keep up with new releases and giveaways by signing up for her newsletter.

Excerpt (AJ’s POV):
You know that movie where the devastatingly handsome billionaire falls head over heels for the former rent-boy with a heart of gold and they ride off into the sunset with their limo, their unicorn, and a cuddly little bichon?
What? Are you kidding? Okay, me neither.
Nobody’s ever gonna make that movie, because nobody would buy the premise. Not even if Julia Roberts does make the prospect look good all kinds of glittery-ever-after on camera. And for real, I’m telling you I could rock a string of diamonds just as well as her (I could!) even if you wouldn’t catch me dead in an evening gown. Or dating a douche who drives a five-speed penis-mobile. Well… maybe it would depend on the penis-mobile.
God bless Richard Gere’s fine ass in a three-piece, though. I may have a rule against dating a guy like him in real life, but there’s nothing wrong with a little fantasy. Like a big ole slab of red velvet cake, it may not be good for you to eat, but looking doesn’t cost any calories.
Rule #1: Keep your distance from rich guys in business attire. They’re sleek, gorgeous, and powerful-looking like jungle cats, and as likely to take a chunk out of you when your back is turned. 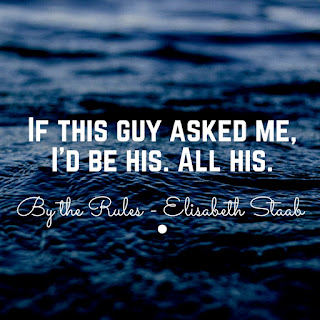 Posted by Mary Calmes at 3:02 PM No comments:

I'm very excited to have Lee James on my blog today. Lee and I have been friends for years and I was ridiculously excited when he told me about his re-release with DSP Publications. He stopped by to chat with me about it and I was just so thrilled to have him.

L: Well, available December eighth, the new novel is titled, Icarus Ascending, which is the second edition of Errors and Omissions. In Icarus Ascending, the main characters and basic plot remain the same, but it’s about ten-thousand words lighter than the first edition, has new scenes, and a drastically different ending. Icarus Ascending’s tag line is, LA Private Detectives, Book One.

M: Ooooh, so, you’re considering a Kirk MacGregor series then?
L: A series, yes, but the second novel in the series, Threads, has a private detective named Mike Hauser. Threads’ epigraph is “Sic volvere Parcas,” or “So spin the Fates.” The books will be connected by the city the characters live in as well as their jobs, but there will be a different main character in each book.

M: Am I hearing a Greek-Roman mythology undertone in Icarus Ascending and Threads?
L: Yes, but set in modern-day Los Angeles. As you know, the Icarus myth teaches the dangers of hubris and complacency. To escape war-torn Crete, Icarus’ father builds wings made of wax and feathers. He warns Icarus not to fly too close to the sun, for the heat will melt the wax. Ignoring his father, Icarus flies too high, the wings melt, and he drops into the sea. End of story—no HEA.

M: So do we get the happy this time around?
L:You'll have to read and find out.

M: Well you know I'm going to snap it up but tell me, why the move from DSP to DSP Publications?
L: Originally, Errors and Omissions was marketed as a romance novel but the thing is, I write crime noir novels with a backdrop of M/M and M/F relationships. I am not now, and have never been a romance writer. There are loving relationships in my books, but the focus is the mystery. For those unfamiliar with Dreamspinner Press Publications, I believe the imprint’s tag line says it all: “Off the beaten path. Worth the journey.” I'm excited to now have the book exactly where it belongs.

M: I have to tell you, I love the new cover.
L: I do too, I think it represents the book really well and it has the feel I wanted.

M: Well, I look forward to reading Icarus Ascending and the next book in the series. I love your mysteries and all the details that go along with them. Thank you so much for dropping by.

L:Thank you, Mary. And hey, who loves ya?

Kirk MacGregor loves to win—whether through his critically-acclaimed paintings in oils, or on the job as the resident detective of his father's
prestigious law firm.

In the most perplexing investigation of his career, MacGregor searches for
the truth behind the death of rock star Brent Hunter. But a phone
call convinces Austin Hunter that his brother is alive and safe in a
wilderness hideout. Or is it all an elaborate, deadly confidence game?

MacGregor's investigation takes him down a twisting trail of dead-end leads, lethal lies, and a string of homicides. Sparks crackle as Kirk and Austin take a wild ride into the City of Angels's underbelly where nothing ever seems too strange or horrendous. As the death count rises, MacGregor is running out of time in finding a cunning contract killer, and the person who hired him.

Kirk MacGregor seldom loses. But there are dangers—and costs—in flying too
close to the sun.

About the Author:
Lee James was born and reared on his family’s Indiana farm. At the age of twelve, he rode his bicycle past an outdoor convention of the KKK—all in full white-sheet drag. When one of the participant’s eyes directly met Lee’s, he began to understand bigotry and hatred. After graduating from a parochial high school, he attended a Western university, where he majored in the humanities, and then studied law.

He’s worked for and in civil rights issues, bills and law for over thirty years, in both the public and private sectors—his brush with the Klan left a lifelong impression. He moonlights as a writer.
Lee enjoys listening to classic rock, blues and jazz, reading, gardening, and working on his next crime noir mystery-thriller. Unless pushed, he avoids discussing politics with anyone driven bat shit crazy by ultraconservative network news.
Lee and his spouse reside in a Twin Cities’ suburb, where they are owned by their three cats. He enjoys hearing from his readers. Contact him at: leejameswrites@gmail.com