News and the New Year 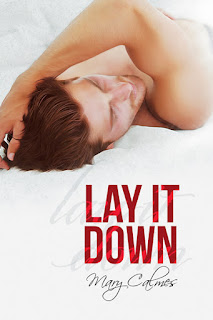 So this is the my new favorite thing, the cover for my long novella that the ever amazing Reese Dante made me for Lay It Down which will be out in March. Here's the blurb:

Most people wouldn’t think being stranded in the villa of Spanish shipping magnate Miguel Garcia Arquero on the beautiful isle of Ibiza was such a bad deal but Hudson Barber isn’t one of them. To him, finding himself stuck without a passport in a foreign country far from home, is a nightmare, only made worse by the fact that the person who did the stranding is his twin brother who had selfish motives, not sinister ones.

Now, abandoned by his flighty twin and unwilling to turn his brother into the authorities for identity theft, Hudson decides to take over Miguel’s failing local businesses—enterprises Miguel left to Dalvon’s inexperienced care. With two semesters from getting his MBA, Miguel’s flagging ventures are a badly wrapped gift from Heaven. If Hudson can make turn them around, he might be able to leverage the experience to achieve his degree.

When Miguel returns to Ibiza, instead of finding the boy-toy he left, he finds his brash but vulnerable twin making his villa into a home. For Miguel, his path is clear but he’ll have to convince Hudson to lay down his defenses and let Miguel in.

The rest of my year is shaping up to look like this:

Chevalier (sequel to Romanus) will be out in May The title used to be, Heart of the Leon, but I realized I have a whole lot of titles with "heart" in them. Too many I think. This is why I'm not allowed to name things myself anymore. Both Lay It Down and Chevalier are from Rhys Ford and the others, since Old Loyalty New Love, are from Lynn West. I mean, when I named things myself we got things like Frog for heaven's sake. Small wonder I'm banned.

I have a story banging around in my head that I am working on between everything else. Not sure yet if it's long or short but hopefully I can get it out this year too so if that happens, we'll have one more. I'd love to be able to write as fast as my brain thinks up stuff but sadly, that's not the case.

I had signed up to go to Coastal Magic this year but unfortunately, real life has intervened and I'll be staying home this year. My plan is to attend next year for sure. My travel is going to be pretty tight this year, but hopefully I'll see some of you at Yaoi-Con in the fall.

Thank you all so much for your love and support and I hope we all have an awesome year. :)