The Weather May Be Frightful, But February Was Delightful for Reading 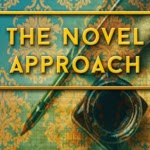 Cheers, everyone, I trust you all put that extra day in February to good use, reading! :) The Novel Approach is glad to be back at Mary's Place to share some of our fave Feb reads with all of you, and, as always, there's a chance to win a couple of the e-books we loved, so make sure to put that Rafflecopter widget at the bottom to good use.

And now, here are our Book of the Month selections for February

Karen – Strong Signal by Megan Erickson and Santino Hassell – “In this book you get kind of what you would expect from these authors: the sort of brash, grumpy, smartass grittiness I love from Santino Hassell, and then the sweetness and spunkiness from Megan Erickson. Both these authors can write some pretty hot and smoking scenes individually, but together, they pretty much set the pages on fire. Like, seriously smoking HOT!

The characters and situations felt very real to me. My husband suffers from extreme social anxiety and panic attacks, and me having had a couple panic attacks and being introverted, shy and kind of antisocial, especially if I don’t know you, it can become life consuming. I thought the way this book portrayed this issue was outstanding, and it made me love it even more.”

Kim – Good Bones by Kim Fielding – “Dylan and Chris both start off on the wrong foot, each stereotyping the other. Dylan thinks Chris Nock is an unsophisticated redneck, and Chris thinks Dylan is too “big city folk” to get his hands dirty. The fun part of Good Bones is that both men are proven wrong as they get to know each other, and eventually become lovers when Dylan hires Chris to help with the remodel of his new home.

What’s sweet is that you can tell that Chris is falling for Dylan when he opens up to him, but he’s frustrated that Dylan is keeping secrets from him. By secrets I mean that Dylan is terrified that Chris will run from him if he finds out Dylan’s a werewolf. And… It doesn’t help that Andy, the man who bit Dylan, keeps showing up to lure Dylan back into his pack.”

Carrie – The Law of Attraction by Jay Northcote – “The Law of Attraction just hit all my hot buttons. It begins with a scene from a bar where a guy—no, not a guy—a man leans against the wall with a drink in his hand, suit and tie slightly askew, eyeing all the possible distractions that could be had for the night… Yeah, you had me at hello. Remarkably like Alec has Ed at hello, also!

These two equally strong men are desperate for each other, caught in a working relationship and fighting personal demons in their own ways. The push and pull between these two men is delicious, and their rapport keeps the book flowing and the story easy to read. It is also a story of family and how our formative years have such an impact on how those people can shape our lives. Jay Northchote draws such a poignant picture here of the difference a loving supportive family can have on the people we become.”

Maryann – My Man Walter by JS Cook – “I can’t say enough about all of J.S. Cook’s stories, but My Man Walter was outstanding. There’s not one romance going on in this book but two! The author gives us an abundance of likable and not so likable characters, along with a tension filled plot, danger, suspense, drug and human trafficking. There’s also the moments of sadness with our MCs, Walter and Chase, and the tragedy of losing loved ones and knowing when it’s time for letting go. Most of the entertaining books that I have read by J.S. Cook have been set in historical eras, but this novel is set in 2014, though she mixes in music from the past and references the movie My Man Godfrey.”

Lisa – The Seer by Jordan Reece – “The investigation of this crime is nothing less than superb, the action at times intense, the danger significant as more clues are revealed, and the man-child Jibb is revealed to have been, along with the fact that no one mourns his loss, makes him a touching and sympathetic character even in death, which was an unexpected bonus. The evidence piles up and leads to so many suspects which leads to twists and turns and, in the end, a motive for murder that is not only entirely plausible but is so well detailed that it almost overshadows every other aspect of this story. Jordan Reece gets the historical feel of the novel down well, but it’s the steampunk that makes The Seer fun.

Dovetailing with all of this is the third person omniscient narrative—a mode that’s not easy to write and not be accused of head-hopping, but in this case is finessed well. The dialogue is outstanding, serving to move the story forward and completing the exposition of not only the characters but the plot as well.”

(Note: This book is available only via Amazon.com)

Jennifer – Some Assembly Required by Lex Chase and Bru Baker – “Quite a few moments of the book, especially at the end, left me aching for Benji and Patrick. When Benji makes a few startling discoveries, which I cannot reveal without giving too much away, I teared up and, in one case, cried for him. Patrick’s revelation was a little more difficult for me to understand, but no less heartbreaking.

And the passion! This book contains one of the most, if not the most intense love scene I have ever read in romance. Lex Chase and Bru Baker truly did a remarkable job of describing what Benji and Patrick were experiencing, and it quite literally took my breath away. I read through it once quickly, in the moment with the boys nearly as frenzied as they were, and then went back to reread it for the brilliant details the authors included. I may have even had to fan myself after one of the readings, but I plead the fifth on that one.”

Sadonna – Unbreak Broken by J.K. Hogan – “I really loved how the relationship between these two developed. Neither is very adept at adult relationships. Bennett isn’t exactly out at work, and he really hasn’t had a serious relationship—but he’s never met anyone like Rory.

Rory has been so busy doing what he thinks he’s supposed to that he’s never figured out what he really wants. His therapist helps him immeasurably, whether it’s getting to the root of his issue or dealing with his new-found desires. She is a wonderful character in this story as well. I feel like each of the books in this series have just gotten stronger. I hope we get more in this world, whether it’s Bennett’s partner, or Rich’s brother, or Alex, I’d love to see more from this author in this nice little community she’s built. Highly recommended.”

Jules – Blueberry Boys by Vanessa North – “When I saw the cover for this novel back in the fall, I had an immediate Gimme! reaction. And, the title just has such a nice ring to it, ya know? I had high expectations for Blueberry Boys—both built up in my own mind, and then as early praise started to roll in—and I’m happy to say that it completely lived up to the hype.

I started a list—a pros and cons of sorts—with things I loved on one side, and then a list of things that maybe didn’t work so well, or I would have liked to see done differently, on the other. Well, the ‘things I loved’ side kept growing and growing, and, well, you get the idea. This book worked for me on a multitude of levels: as a family drama; as a peek into small town Americana; and absolutely 100% as a romance.”

Sammy – Foxes by Suki Fleet – “I so wish I had the words to describe this incredible story. Such gritty reality poured off every page of this novel. I could not put this book down. The fate of both Danny and Micky, alongside a secondary cast of characters that ranged from other homeless youth to the compassionate souls who occasionally fed them, watched out for them and helped them as best as they could, all mixed together to create a gut-wrenching tale that held me in its grip from beginning to end. I must repeat that word—honesty. There is no fairytale ending to the incredible journey Micky and Danny take together. At the end of this story, each boy still grapples with their demons, but this time with a sense of hope—a hint at a future that will see them stronger and happier. And, sincerely, this is the strength of this author. Rather than lead us into some unbelievable conclusion, Suki Fleet shows us that some can make it beyond the horrible life one endures in a barely survivable existence.”

And that does it for this month. These and other reviews as well as guest posts and giveaways can be found at The Novel Approach. Until next time, happy reading!

The Fine Print
*Must be 18 years old or older to qualify
*The Novel Approach is solely responsible for prize delivery
*Books will be delivered in the e-format of winner's choice (if available), or gifted via Amazon as applicable
*Void where prohibited by law
Posted by Lisa at 9:21 AM