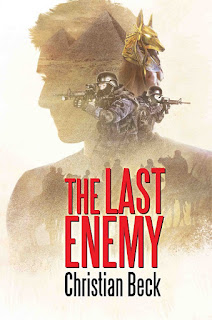 I'm pleased to welcome Christian Beck to my blog today who's answering a few questions for me on this the release day of his first book, The Last Enemy, that's out today from DSP Publications.

Mary: What inspired you to write this book?

Christian: I suppose it was a love of spy novels and adventure fiction, the works of John le Carré and Leslie Charteris in particular. My spy would also live in a world of realism—unflinching in Monk’s case given the state of the world. So, I had to find the right take on my central character, Simon Monk, to make that work. When I worked Monk out, it was his back story that made him relevant to me and exciting to write. I wanted a high level operative and an action hero, who of course could form solid relationships but would, because of his job and who he was, have trouble maintaining them. It was important to show both the inner and outer man. Egypt as the backdrop stemmed from my childhood memories of Lawrence of Arabia. I found modern Egypt even more compelling as a setting.

Mary: Was there anything particularly challenging about writing it?
Christian: There were some heavy themes in the book. One in particular was Egypt as the setting of the book and the country’s harsh treatment of the LBGT community. With Monk being gay, I couldn’t ignore that, so I had to find a way to creatively weave that into the story.

Mary: How did you come up with the title?
Christian: The title was based off the premise that the Last Enemy to be destroyed is death. That signified to me that Monk would have to stop at nothing short of that to succeed in his mission.

Mary: Do you have a song or playlist for the book?
Christian: It’s funny you ask that because just yesterday I heard a song on the radio that completely embodies the book. It was “Sledgehammer” by Rihanna. If The Last Enemy were a film that song would be its opening tune.

Mary: Are their plans to write more Simon Monk?
Christian: Yes! I am already hard at work on the next book in the series.

Highly decorated Delta Force operator and Iraq war hero Simon Monk loses everything when his romantic partner defects to Beijing after being caught selling US secrets to Chinese Intelligence. Monk is drummed out of the Army from the blowback but gets a second chance at a career when he is recruited into a covert group within the CIA.
Years later Monk’s latest assignment sends him to Cairo, where the head of station has disappeared amid a highly publicized sex scandal. But things are not what they seem. When the base chief turns up dead and the Egyptian government looks the other way, Monk and his team hunt down the assassin.
All roads lead to a ruthless and lethal cult from Egypt’s ancient past who discard every unwritten rule of espionage to win. Monk is forced to take to the shadows to find and destroy his most dangerous adversaries yet, as a chain of events threatens to ignite war in the Middle East. 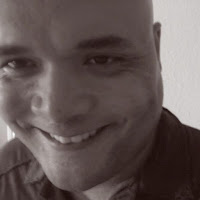 Christian Beck saw Doctor Zhivago and Lawrence of Arabia when he was a wee boy on a giant white drive-in screen in Super Panavision 70 amid the dusty Iowan cornfields, shaping his idea of what storytelling was. It stuck. Seldom does he write anything less than sweeping, epic adventures that pit his characters against some instrument or agent of death, pushing them beyond their every limit to survive. Simply put: Cinema put in words. He does that on a Surface Pro tablet sitting somewhere in the desert with his family – far, far away from those cornfields of the American Heartland.