The Buddy Dynamic and how that shaped Miro & Ian 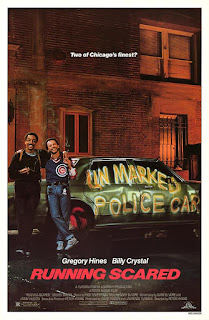 As I was watching Running Scared last night, the billionth time for me and the first for my son, I got to thinking about all the ways that movie influenced me and the creation of my marshals, Miro Jones and Ian Doyle. Because yes, the story is fun and Danny getting his ex-wife back is mildly romantic, but the best part for me was always the bromance with his partner, Ray. The banter, the hugging, the way they read each others' minds, and most of all that each of their life decisions boil down to what the other one will or will not commit to doing with them. I smiled through the whole movie. Again. 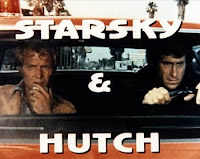 I have always loved buddy movies and buddy TV shows and I think the whole thing started with Starsky & Hutch. I've been watching them again lately and holy crap is it not PC and the disregard for police procedure is insane but what is still great is the interaction between the two men. Again, there's a lot of hugging and touching for nineteen seventy whatever it was and though the women in their lives come and go, they are 100% committed to each other. All these things stick in the psyche and for me, were just waiting to come out on the page. 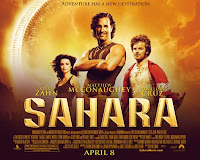 The next movie I really loved with the buddy theme was Sahara. One of my favorite scenes is near the end when Dirk says that he'll go find the bomb and Al can get the girl. Al says no, he'll get the bomb and Dirk just agrees. And not for a second does Dirk worry, he knows Al will do it so he can focus 100% of his energy on saving Penelope Cruz. But the most important relationship in the movie is not between Dirk and the gorgeous doctor, but between he and Al. He spends more time with Al and their banter is funny and so very fond. They speak the same language and all through the movie, even though Al doesn't always agree with Dirk, he follows him without question and supports him. That's the buddy way. 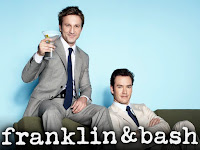 I started watching Franklin and Bash from the beginning and of course it was going to decline, that kind of banter and  mental telepathy between characters is hard to keep going but of course the kiss was the high-point and not because I ever shipped them together, because I did not, but because they were comfortable enough with who they were as friends that it was no big deal. The bromance thing made me so happy just to watch. 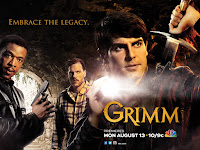 In Grimm, the best relationship Nick has on the show, and it's going on 6 years now, is with Hank. He has no chemistry at all, nada, with any of the female leads. Watch if you don't believe me, but with Hank, there is fondness and dependence and  trust. It's always, I'll get Hank, I'll call Hank, and that's one of my favorite things to watch.
There's a difference, for me, of the bromance that I'd like to think will lead to true-romance and the kind that I don't see making that leap. Danny & Ray in Running Scared, no, Starsky & Hutch, yes,  Dirk & Al, no, Franklin & Bash, no,  Nick & Hank, no, Steve and Danny...oh yes, HUGE yes. 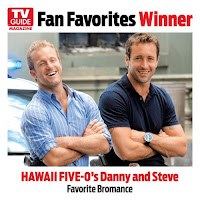 Anyone who knows me at all knows that I love Hawaii Five-O and ship McDanno REALLY hard. My kids keep  telling me, Mom, they're never gonna kiss, but you never know. The thing that makes Steve and Danny special is the whole telling each other that they love each other and meaning it and yes, it should just be that they're friends but it's more. There's a deeper connection that could tip over into love. And seeing them grapple with that, while running around not getting shot, would be epic. That being said, the things that all these shows and movies have in common is the deep fond regard that the characters have for one another. The trust, the banter, the discussions of food, alcohol bonding, the counted on back-up, and the through thick and thin companionship is my favorite thing to watch and my favorite thing to read AND, it turns out, one of my favorite things to write. Friends to lovers, but even more than that, platonic soulmates to true soulmates. I can't think of anything better. That's what I wanted my marshals to be and what I hope comes across and is present on the page. Is there anything better than bromance? 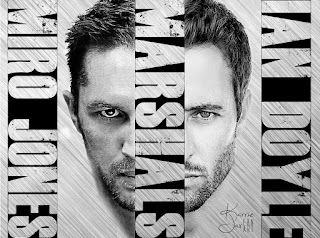