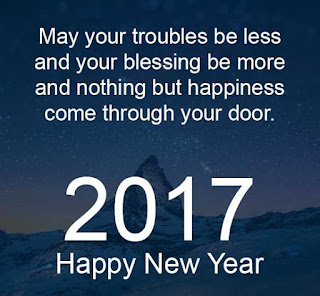 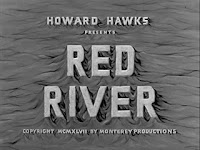 When I was fifteen I saw Red River for the first time. I of course, loved cowboys from a very early age just like everyone else, but Red River was a different thing. I discovered Montgomery Clift, (my love affair with him is a whole other thing that would take too long to discuss), who made that movie for me because he was this beautiful, sweet vulnerable man who had to stand up and take charge when he had no clue what he was doing. And the subplot is about a cattle drive while the main one is about a father and son--even though the main characters aren't related by blood--who have to deal with the son realizing his father isn't perfect and the father realizing that his son is all grown up. It's a great movie, full of lots of wisdom and while I could have done without the feisty female lead, everyone else is tropey as hell. Grizzled father, gorgeous son, smartass rival--who could have been the love interest if I wrote it--and the sweet grandfather character. It would have made a great book, maybe it was one, but certainly I remembered things about it when I wrote When The Dust Settles.


William Shakespeare said back in his day that there were no more original stories. That's probably true. Everything can be traced back to somewhere else, stories have overtones and characters that remind us of others. The Hero with a Thousand Faces, Joseph Campbell's seminal work, basically carved the idea in stone if anyone missed it. So the hero, waiting to burst forth, hiding his light under a bushel, I've read that a million times and in my book, Glenn Holloway is that guy. He's not the strongest guy, as Monty is not in Red River, but about his business and his people, he's the smartest.

In the movie, Matthew Garth's rival Cherry Valance, (same name as the lead female Soc in SE Hinton's The Outsiders), is a gunfighter. Matthew could have been one, but went the rancher way. With Glenn, he could have been a rancher but his heart wasn't in it, so he went the restaurateur way. But that doesn't mean when called upon to cowboy, that he isn't excellent at that job. I love the idea of people thinking you're one way only to have them be surprised.

I went through a change with Glenn because when I originally wrote him, I was thinking he was like the other Holloway men, big and  loud and scary. But the more I thought about him, I realized that while he could be just as stubborn and sometimes irrational, he was gentler, quieter, and a bit smaller, leaner, and that too is me thinking about Montgomery Clift in Red River. Because even though he goes head to head with John Wayne--so you know he's powerful enough--he still has more quiet strength than overt aggressiveness. That was what I wanted for Glenn. He can save you, take care of you, he's a hero, but he's not the alpha male, he's the gentle omega that you can count on.

I hope you all can see Glenn's transformation in the novella from the hot-headed, kind of jerk he was in After the Sunset, to the kinder, more introspective guy he's evolved into in When The Dust Settles.And if you have a free Saturday afternoon, you might give a black and white cowboy movie a try and settle in for Red River. It would make a nice cozy in-front-of-the-fire time.
Posted by Mary Calmes at 1:25 PM 2 comments: