Hey all, I'm excited to welcome Jessie Potts from the HEA blog to talk about some of her most recent audio finds that's she's really enjoyed.

Audiobooks are my favorite form of entertainment. We cut the cable cord a long time ago so my phone is constantly on with either the latest hot romance book or old favorites that I just can’t get enough of.  This week we have a freak Ultimate Frisbee accident, a cowboy who longs for a man of his own, a timid heroine who finds herself attracted to not one but two amazingly hot men, and finally a brilliant story that was the basis for a hit TV show. Get ready to treat your ears with these recs! 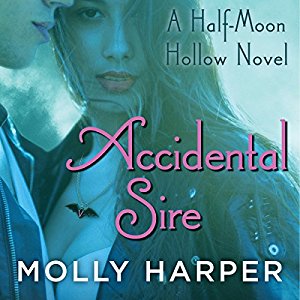 Accidental Sire by Molly Harper narrated by Amanda Ronconi
This is the sixth book in the Half-Moon Hollow series, and if you don’t mind listening between the lines you can jump right in to Accidental Sire. For those of you who are more OCD the first book is Nice Girls Don’t Have Fangs. Amanda is the perfect narrator for this hilarious comedy that starts with Ben the vampire, who has to figure out how to save his new girlfriend after a freak Ultimate Frisbee accident. Will he turn her into a denizen of the undead like himself? Will she even want to wake up to find herself thirsting for… blood? There’s steam, romance, comedy and a wealth of characters that will have you cracking up. 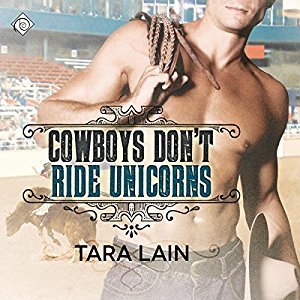 Cowboys Don’t Ride Unicorns by Tara Lain, Narrated by K.C. Kelly
This is the sequel to Cowboys Don’t Come Out and Danny and Laurie are not only perfect for each other, but will have readers sighing over their romance and connection.  Besides the book having an adorable title, K.C.’s Texan accent is the perfect fit for Danny’s inner thoughts and desires. This wouldn’t be a Tara book without the feels though and there is a lot of growth, pain and catharsis. 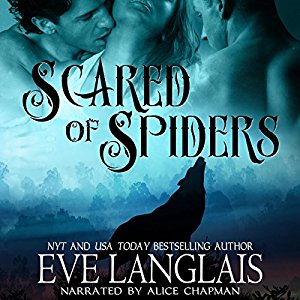 Scared of Spiders by Eve Langlais, narrated by Alice Chapman
Eve Langlais has always been my go to for hot ménage books, especially if you’re craving something a little more paranormal in your manwhich (hah!). The main heroine Josie is a bit too timid for my taste, but Alice made me love her character more than I did when I was reading it. There’s a lot of romance building with a few very, very hot scenes, and what can I say I’m a fan of the Alpha and Beta relationship. The two guys really bring humor and strength to this trio. 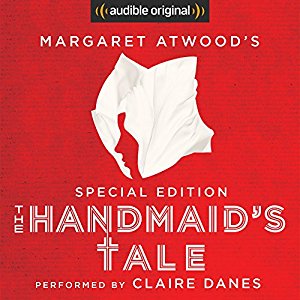 The Handmaid’s Tale by Margaret Atwood, narrated by Claire Danes and full cast (Special Edition)
I definitely recommend getting the special edition because Margaret Atwood speaks to the listeners at the end, along with a brilliant essay by Valeria Martin. I must admit that I hadn’t read this book before watching The Hulu hit series, but soon became engrossed in June/Offred’s world. Margaret has a way of showing viewers her stories, giving details that enhance and magnify, rather than weigh down the narrative. Claire is by far the perfect voice for Offred. She brings the story to life on another level, and since I watch the show first all I could see was Elisabeth Moss (from the TV show) in my head. I can’t wait for season two, and this audiobook will not disappoint… especially the end with the future symposium!