Book of the Month and a Giveaway: April Showered Us With Some Great Reads!

Cheers, everyone, and welcome to another month of great reads from your friends at The Novel Approach! As always, we're so pleased to be here, and thanks to Mary for hosting us. We've compiled what we think is a fantastic list of books that we experienced in the month of April and are chuffed to bits to share them with you. And, as always, we're giving one lucky reader the chance to win two titles from the list, so be sure to check out the Rafflecopter widget below for entry details.

And now, here they are ~ our fave reads in April! 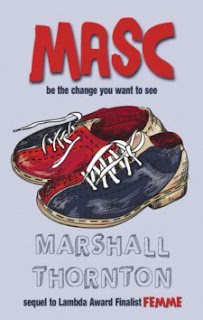 Maryann – Masc by Marshall Thornton – Marshall Thornton delivers another great story about this sweet couple with issues that lead to heartbreak, love and a lot of humorous chaos. The author has a way of spinning humor along with serious issues into his writing. One of the more serious issues involving sexual harassment and the embarrassment and worry of not being believed when admitting it, which introduces the disturbing perception of a man being femme or masculine.
I was really intrigued by Thornton’s writing style in the Pinx Video Mysteries series, so I decided to give Femme a shot, which is the first book about Lionel and Dog, and I highly recommend it. The author made them one of my favorite couples, and I was more than delighted to see Masc come out. I hope there will be more books in the series. 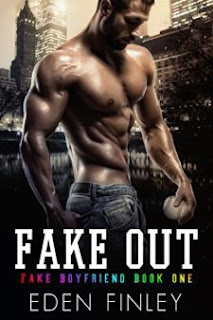 Ky – Fake Out by Eden Finley - What a wonderful story! I got so much more than what I expected when I started this book. I was expecting to read about a fake relationship that, near the end of the book, developed into a genuine one, but here I read about a fake relationship that pretty soon became a real one and the couple’s dealings with other problems in their lives. I was very glad that we got to see Damon and Maddox be really together and not just act like it. I liked how they had their issues about starting a relationship and how they worked through them together. They were good together and brought out the best in each other. Recommended! 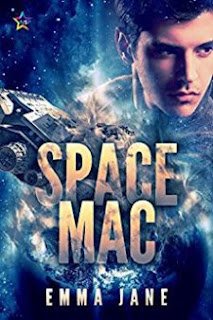 Jennifer – Space Mac by Emma Jane - What I loved about this story was that it doesn’t seem to take itself too seriously. Mac is not the best protagonist out there. He’s self-centered and vain, but I think that’s what made me like him so much. He wasn’t perfect. And then there’s Teevar, who is much more the traditional protagonist you would see. He has a secret to hide, and he’s running from something as well, but he won’t really talk about it.
The book can be confusing, but that’s because we’re along for the ride with Mac. We don’t know anything until he does, so the exact reason for the pin isn’t made known to the readers until the very end of the book. I liked that. Most books I can figure out the ending within the first few pages, but for this one, I just held on and had a good time doing it. 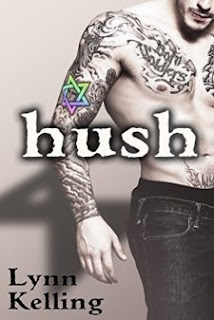 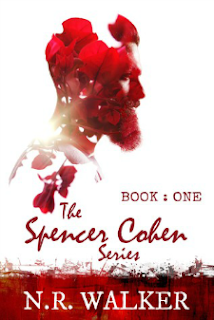 Sadonna – Spencer Cohen: Book One by N.R. Walker - This is the first of three books in the Spencer Cohen series, and it kicks things off with a bang. We meet Spencer and Andrew and sense the spark between the immediately; as much as Spencer tries to view this as a job, every day he spends with Andrew pulls him more towards a relationship. Spencer starts off as a bit of an enigma—we don’t really know the pain that drives him until nearly the end of part one. N.R. Walker is a masterful storyteller—an auto-buy author for me for years now—and this series is no exception. Spencer is a damaged character, but he may have found the person who can help him heal. Andrew is a sweetheart, and he’s finally beginning to see that maybe he doesn’t have to settle for a relationship that is nothing more than comfortable. 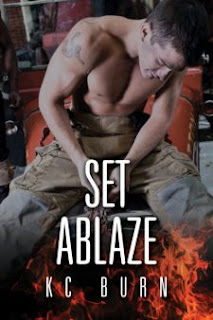 Jenn – Set Ablaze by KC Burn - There was so much to like about this book that I fear I may spoil too much of it. The complexity and depth of the characters were fantastic, and I particularly loved how Hayden grew from somebody who was uneasy in his skin to being comfortable and willing to help others. The author managed to make a new twist on opposites-attract with the more straight-seeming Hayden falling for the flamboyant and unapologetic Jez. With his acceptance of Jez and then acceptance of himself, he (and we) discovers some of that flamboyance and that they aren’t so different after all. The story itself speaks a lot about not judging people by those they hang out with, or what seems like their actions, as we delve into Hayden’s insecurities and how he comes to terms with them. Even more than Hayden, Miguel’s character reveal really drove home how we tend to come to conclusions based on the bias of the lens we view them in. 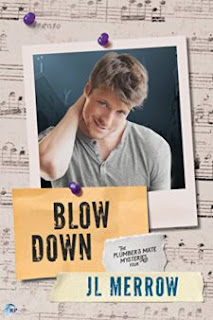 Lindsey – Blow Down by JL Merrow - There are two things that truly stood out to me in Blow Down and that made this installment so enjoyable—One: There is more focus on Tom’s abilities, seeing as is it almost the center of the entire situation, mostly due to his newly minted, sort-of celebrity status. It was interesting to read how some people feared it for all the wrong reasons, while others were intrigued by it. There were also questions and some additional hints thrown out there. I’m looking forward to reading what it is in store next, and where the gift will lead, because it seems there may be more than he knows he is capable of.
Second: Tom and Phil’s relationship for me has been amazing to read over the course of the series. Their progression has been slow but believable. They don’t magically change and become different people but in each book, there is growth to them and their bond. Yes, they still argue and their insecurities are there, but their overall communication has matured. Additionally, each new book uncovers more about Phil and the reasons why he is the way he is and why he behaves the way he behaves. At first, I wasn’t sure if I even liked him, but now I am totally team Phil and Blow Down offers a little more insight to his relationship with his ex, Mark, and how that contributed to his current behavior. 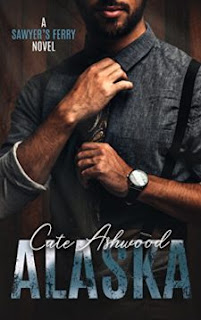 Jules – Alaska by Cate Ashwood - These guys have such fabulous chemistry—both when they’re beyond annoyed with each other in the beginning, and when they can no longer deny the attraction between them and things get physical. They were sexy as hell together.
The writing overall is so, so good. I’ve always enjoyed Ashwood’s books, but Alaska felt like it was a notch above. There were some high-intensity scenes at the hospital that were done incredibly well, and I loved how the whole story flowed. The characters were well-developed, and I loved all the interactions. Gage’s best friend and colleague, Logan, was so great, and Holden’s friend Frankie stole several scenes. And, as I said, the sex scenes were steamy and well-written. I wasn’t even close to being tempted to skim! 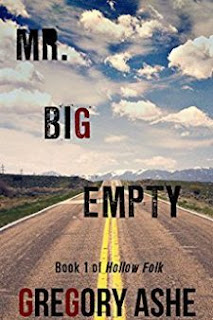 Lisa – Mr. Big Empty by Gregory Ashe - This novel thrives on Vie Eliot’s capable narration. His storytelling is provocative and his personal revelations are frequently heart-wrenching. We get an intimate look at his thoughts and feelings, his pain, and the diversion and aversion tactics he uses to keep from having to reveal too much of himself to everyone else. This author seems to have a knack for writing characters who aren’t inherently endearing and then casually endearing them to me through whatever their issues are.
Overall, this book is a fantastic read if you appreciate a darker, grittier element to your Teen Fiction and are willing to subscribe to the belief that these boys are as suave and sophisticated as they’re portrayed. That’s not a slight against teenagers, or the author, for that matter, but more an observation that sixteen year olds are generally less smooth than Vie and his classmates are portrayed, so I sometimes forgot that I was reading a book with teenage protagonists, but that’s an insignificant niggle in my full-on enjoyment of this novel.
*~*~*~*~*~*
THE GIVEAWAY
a Rafflecopter giveaway


*Note: Amazon/Kindle Unlimited exclusive books require winner to have an Amazon US account for delivery
Posted by Lisa at 10:30 AM