Book of the Month and Giveaway: the Sizzling Summer Edition 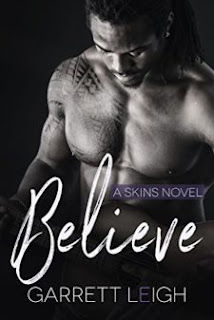 Carrie – Believe by Garrett Leigh – I loved it. I did. This is an insta-love story, but I didn’t even realize that until I reflected on the book after I finished it. I am a big fan of this series, mainly because each of these books has been so different from the one before it. Even though the characters overlap, each of the books has been as individual as the men inside them. That takes talent and Garrett Leigh has that in spades. 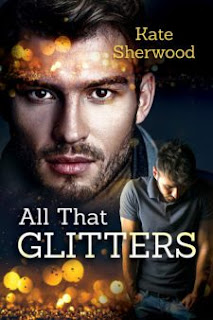 Ky – All That Glitters by Kate Sherwood – This second chance, slow burn romance rightfully deserves 5 big, fat stars! The writing was superb, the plot well thought out, and the characters interesting and distinguishable. The pace of the story was good and realistic, and the way the characters worked their way through past hurts was expertly handled. There were inner dialogues, and we followed quite a few thought processes in order for the MCs to work through their issues, figure out their lives—what was important and what they wanted out of their future. The self-awareness and the moments of epiphany were unexpected and very believable. 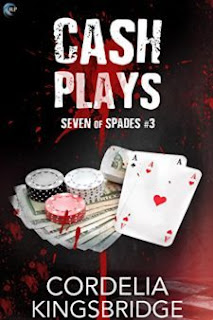 Maryann – Cash Plays by Cordelia Kingsbridge – With this third installment of the Seven of Spades series, Cordelia Kingsbridge expertly creates another power-packed plot. This storyline has so much going on, with family, friends, emotions, addictions, gang wars and murders; it’s fast paced and loaded with explosive action. Seven has gotten even more gruesome, and his MO for murders starts to change and throws more confusion into the mix. I have to say that when I got to chapter twenty, I had to stop and take a breather and prepare myself for not only heartache but a hair-raising ending. 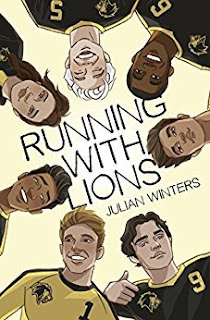 Jules – Running with Lions by Julian Winters – I loved our main characters a ton, of course, but this was also very much an ensemble piece. Mason, Willie (I love Willie SO MUCH), Hunter, Grey, Coach Patrick—they all had very important roles to play and added so much to the story. The writing is very laid back and relatable yet is also beautifully poetic and mesmerizing in places. The author uses some gorgeous imagery to describe everything from sunsets and areas around the camp, to the game of soccer itself. Winters does an amazing job of placing the reader firmly in the setting. Whether it was camp life, a practice, or the big game, I found myself entrenched in every scene. And, he also has such a great handle on portraying teenage boys. The voice felt really authentic. 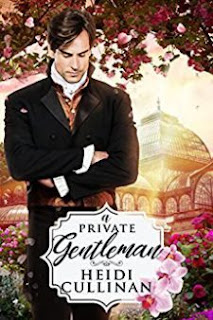 Sammy – A Private Gentleman by Heidi Cullinan – There were so many layers to this story, from Michael’s past, which was threatening to become his undoing, both emotionally and financially, to Wes’ crippling fears and guilt that drove him deeper and deeper into addiction. Their stories made my heart ache for them, and their love for each other was almost bittersweet. This story moved beyond the scope of historical romance and dove down into how our past both haunts and shapes us. In so many ways, the author reminded us again and again how strong her men were—how much they had truly overcome to even be cognizant members of society, no matter how much they both lived on the fringe of the same. But it was the stark moments of revelation about their pasts that really felled me and tapped my emotions. These memories were devastating to Wes and Michael as they pulled them relentlessly back into a time when they were young and helpless and had to endure horrific things at the hands of monsters. I wept for these men—for the innocence lost and the scars that remained. Yet, in the same breath, I rejoiced in the fact that they were surrounded by a few caring souls who would help them begin the long journey toward healing, and each other. 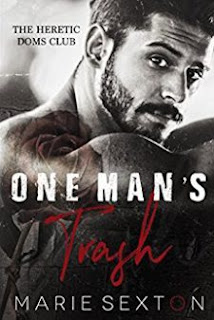 Lisa – One Man’s Trash by Marie Sexton – First things first, One Man’s Trash is not for the faint of heart. There are so many stunning moments in this novel, from the symbolic representations of Warren’s and Taylor’s feelings for each other to Taylor needing to find a word other than love to describe how he feels about Warren—the fact that he grew to trust Warren encompasses some of what those feelings entail. This is a story of spoiled beauty and emotional and physical restoration, a story of healing and comfort and pain and what it means to try to live in the moment because the past is unbearable, and the future is mutable. There’s a poignant side story which allows Taylor to spread his wings and embrace friendship and what it means to have a brother, or at least a brother figure, in his life—someone other than Warren who accepts him for who he was and who he is—and it added yet another layer of tragic beauty to the narrative.
§§§§
And that does it for this time around. Until next month, happy reading!
§§§§
THE GIVEAWAY
a Rafflecopter giveaway