Book of the Month Picks and Giveaway: The July Edition from The Novel Approach

Hi, everyone, and welcome to a late (vacation delayed) edition of our Book of the Month picks for July from The Novel Approach! We’ve got some great books on this month’s list, and, as always, there’s a chance for one lucky reader to win an eCopy of two of our favorite reads. Good luck! 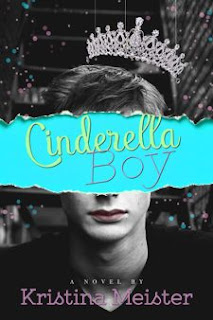 Sammy – Cinderella Boy by Kristina Meister – This story is gorgeous. While I do feel the author gave an emotional maturity to her characters that was a bit above their pay grade, so to speak, this book still resonated for me. The idea of being trapped in a gender that doesn’t really convey who you truly are is just heartbreaking, and you can feel Declan/Layla’s emotional turmoil over their situation. Don’t get confused here—Meister has not simply written a tale about a cross-dressing high school boy but a detailed and deeply emotional story about a person who feels both feminine and masculine at any given time. The inner conflict this produces for Declan is overwhelming and pushes them into the loneliest of places, feeling that no one could ever understand what they themselves continually grapple with as well. 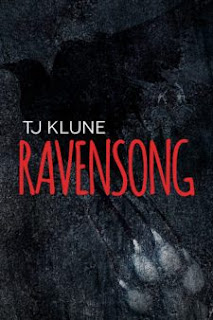 Jules – Ravensong by TJ Klune – This book is very much Gordo’s book. I LOVED being in his head and having his POV. And, it was so great getting to delve into his and Mark’s story at last. Mainly, though, Ravensong is about Gordo’s anger toward the wolves. We knew he was an angry, grumpy asshole—but, in Ravensong we find out why. That anger, righteous though it may be, along with Gordo’s stubbornness, has kept him away from a huge part of his life for far too long. The majority of this book is about him making his way back. He has so much he needs to let go of, to forgive, at times he still feels impossibly far away from putting the pieces back together. But, time is running out and a dark magic that is infecting some of the omegas hits way too close to home. 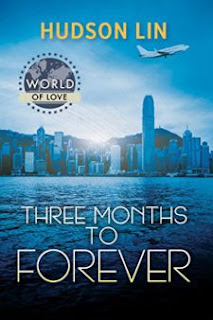 Carrie – Three Months to Forever by Hudson Lin – Ben Dutton is searching for something. His life is good, he has a great job that he loves, a family that has always been inclusive, and tons of friends, but somehow it has become not enough for him. When the opportunity becomes available through his job to travel to Hong Kong and help establish an initiative there, Ben jumps at the chance, hoping for some excitement or at least a break from the boredom of his life. What Ben finds is a moody, stern Chinese man named Sai, who ticks every single one of Ben’s buttons. The chemistry with Sai is there right from the get-go, even though it takes them a few meetings to get together and begin to see each other. Ben is such a likable guy; he is the perfect juxtaposition to Sai, and brings a lightness to Sai’s world that has been missing for quite a while. Ben engages you as a reader and has you rooting that some solution will be found and that these two can have their HEA. 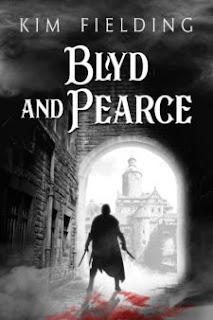 Lindsey – Blyd and Pearce by Kim Fielding – With corruption everywhere, sword-fights, murders, magic, wraiths, betrayals, and several twists and turns, I found myself unable to put the story down. The ending, like many noirs, leaves as many questions as answers. It was unexpected yet somehow fit. Should it end here it is a complete story, but there is enough to continue with Blyd and Pearce on the next chapter in their adventure together.
While Blyd and Pearce hit the spot for me, it may not be for those looking for a sweet fantasy romance with a bit of crime and suspense. Blyd and Jory’s romance has sweet elements, but is on the gritty side as it develops through tragic events. It is first a crime and suspense fantasy with a sprinkling of an unlikely romance, which I found to be fascinating and right up my alley. 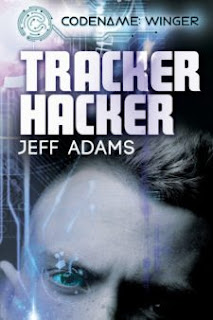 Taz – Tracker Hacker by Jeff Adams – This was a fantastic read. From start to finish, the pace kept me going. The character development moves the story forward, but Mr. Adams doesn’t drag anything out. We quickly move into the action and with each passing scene, the tension rises like any good work of fiction should. Twists and turns amp the nail-biting as the climax builds and then explodes in a highly satisfying ending.
When I first picked this book to review, I was expecting to read a story about a teen in love. I kind of expected it might be a coming-of-age story dealing with a young gay man learning life lessons that would propel him toward adulthood. The romance aspect of this story was definitely a sideline, not the main plot. While I thoroughly enjoyed the book, I would be remiss if I didn’t mention that to readers. 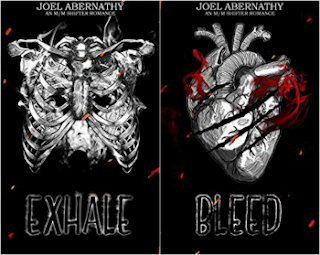 Lisa – Exhale and Bleed by Joel Abernathy – Exhale is a self-contained novel with a solid future for Jack and Nicolae. The action, suspense and angst sets the pace at a level which made it hard to put the book down, but maybe the best compliment I can pay to Abernathy’s writing style and his ability to weave a compelling romance is that I’ve already dug into Bleed, the next book set in this world, which features Vasil, a member of the Ursache pack I fell for almost immediately, and Mason, Nicolae’s son. The secondary characters, while some, of course, are more prominent than others, each serve as more than set dressing and add more to the narrative than going through the motions of the author’s cues and directions.
In Bleed, Abernathy’s talent for telling an emotionally fraught story and methodically engaging me in the lives of his characters is absolute. Where this book elevated my enjoyment of it is in the cat-and-mouse chase between Vasil and his sworn enemy, and that we get to see glimpses into the sick and twisted mind of a madman and his unexpected accomplice. Those scenes are brutal and chilling, and the author doesn’t hold back, so fair warning that if scenes of graphic torture are off-putting to you, this book either isn’t for you or you’ll want to skip over those parts. Where I wasn’t convinced that Exhale had earned its Horror category, I believe Bleed makes up for it. The author hits all of this novel’s most chilling notes beautifully, and in doing so keeps tempo with the conflict and ultimate resolution to Mason and Vasil’s relationship. The shift in the Ursache family dynamic, the thwarted sacrifice of a brother for his sister, and the healing between a father and his son is woven into the romantic evolution of what once seemed an impossible desire.
And that does it for this time around. Until the next, happy reading!

THE GIVEAWAY
a Rafflecopter giveaway