November Book of the Month Picks and Giveaway: We Had Lots to be Thankful for in November!

Cheers, fellow bookworms, and welcome to our Book of the Month picks and Giveaway for the month of November. We had a lot to be thankful for this month, reading-wise, so have a look-see at the books we loved, and then check out the Rafflecopter widget at the end for entry details on how you can win a couple of eBooks from the list!
======== 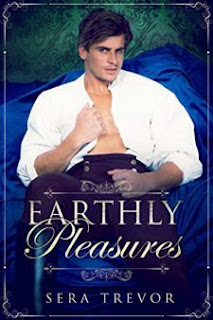 Jovan – Earthly Pleasures by Sera Trevor - Earthly Pleasures is a fun, quick fantasy that reads more like a historical romance. As a second son, and allergic to being told what to do, Prince Paurick has dedicated his life to his own earthly pleasures and amusement, spending his days immersed in the superficial and his nights at Divano’s, the most debauched gentleman’s club in the city. When tasked with coupling with the “ugly, brazen” acolyte, Brother Laurel, in a fertility rite to help stop a famine, Paurick is horrified but agrees to do his duty. He is even generous enough to forgive Brother Laurel for his ugliness, since it’s not his fault, and vows to make their coupling as enjoyable as possible since it’s probably the only pleasure the “poor sod” will ever receive. To his utter shock, devout and earnestly faithful Laurel is equally horrified at the thought of giving his body to the hedonistic, wastrel prince. Despite the dubious consensual nature and inauspicious beginning of their relationship, as these things often go, the MCs soon come to care deeply for each other and spend three months in relative bliss. When reality intrudes, and Laurel is reminded of his vows to the church, he and Paurick will learn how much their time together affected who they are and what they want. 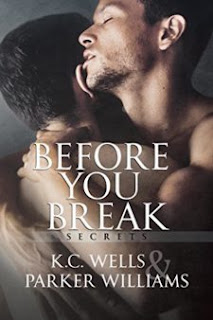 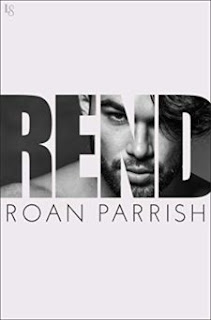 Jules – Rend by Roan Parrish – As I sit down to write this review, I’m finding myself at a loss for words. My feelings on the book are clear: It was unbelievably gorgeous, and tender, and gut-wrenching, and I absolutely loved it. But, I’m honestly unsure how to properly convey the beauty to you guys. I don’t know how to quantify or describe in words how much I loved Rhys, or how to explain how full my heart was (and still is) when I finished reading it. Rend is not an easy book to read. In fact, it was a big old gut-punch at times, and some might find the overall tone to be sad, but I honestly didn’t. Even though it deals with tough subjects, and Matty is definitely sad more than he’s happy, I actually found the overall tone to be hopeful rather than sad. And that hope, the beauty that absolutely radiates from this book, is hugely down to Rhys. 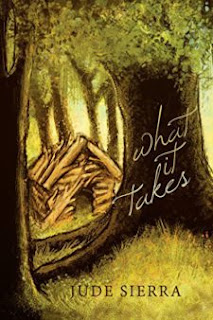 What It Takes by Jude Sierra – I considered myself a pretty big Jude Sierra fan already, but she just cemented her spot on my auto-buy author list with this one. Milo and Andrew’s story completely stole my heart. One thing I love about Sierra’s books is how authentic they feel. She does such a great job of putting the reader right where they need to be to connect with both the place and the characters. The character development here is incredible, as always. And in this case, the place is a little town called Santuit, Massachusetts, just outside of Cape Cod. Milo’s family moves to The Cape when Milo is eight, and he is immediately befriended by Andrew, who is his same age. The narrative takes us from that first meeting, all the way into young adulthood—and further, with the epilogue—on an incredibly emotional journey. 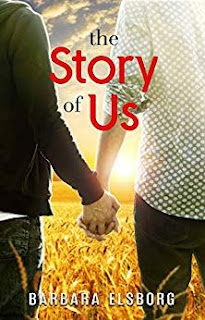 Sammy – The Story of Us by Barbara Elsborg – I cannot begin to catalogue all the reasons this novel should be on your read list. This is a new adult novel and, as such, there is on-page sex, although that is really a sidebar to the incredible plot twists that continually unfold in this angsty drama. It is most definitely a romance, but one with all kinds of delayed gratification. It is also gut-wrenching, for what happens to these two young men is truly staggering. More than once I had to put this book down just to breathe and assure myself that there would be a happy ending for these guys. Because I have to tell you, that idea often seems so far away that it takes all your strength to push through. But, oh my, the payoff in the end is magnificent and worth every tissue you will undoubtedly use. 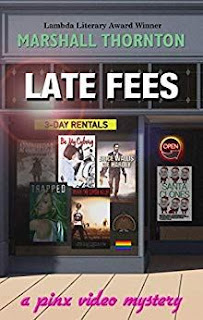 Maryann – Late Fees by Marshall Thornton – Besides this being a puzzling and intriguing mystery, Thornton brings real issues into the mix: HIV/AIDs, AZT and alternatives to taking the medication, greed, viatical settlements, and support groups which have Noah giving more deep thought to his own plight with HIV. Noah never complains or makes his HIV an issue, he’s told very few people about it, and is noble in his decision to protect the people around him. He thinks about the future and doesn’t want anyone to suffer or have to face what he did with his ex, Jeffers. He’s even gone so far as to deny himself a relationship. For Noah, at this point, there is no HEA, but he does take a step in the right direction in his fight with HIV.
There are very few characters that I let get under my skin, but Marshall Thornton makes Noah seem so real in dealing with his personal issues that it just shreds my heart. I highly recommend this exceptional series. I’m not sure what’s planned for Noah Valentine’s future, but I for one hope that there’s more to come. 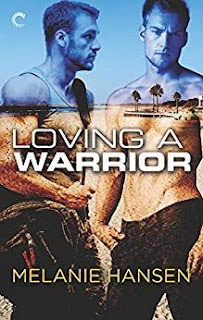 Ky – Loving a Warrior by Melanie Hansen – Loving a Warrior isn’t as emotional or as hard to read [as Point of Contact]. It didn’t make me cry, and I’m thankful for that, but it captured my attention all the same. This time we get a friends-to-lovers theme in a setting where it’s forbidden for them to make the transition. I’m not sure if it was against official rules, but it definitely went against their personal ones. No, there’s no denial or internal struggle with sexuality. Both characters are at peace with who they are. The problem is the time and place where they meet, and I think that the need to keep things quiet came mainly from their desire to focus on training. I liked the progression of them getting close to each other, of them realising that the other one felt the same, of them taking the first tentative steps to something more. 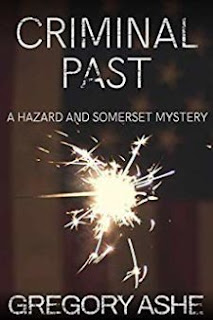 Lisa – Criminal Past by Gregory Ashe – Ashe’s writing is masterful, intense, provocative, and this series is one of the best laid, most meticulously plotted mystery/police procedurals out there. Not only has the past hovered like a death shroud over Hazard and Somers’ present, but that specter has now reared its head to haunt them in terrifying, dreadful, malicious and persistent ways. A focused Emery Hazard is a rather spectacular and fierce thing, but that singular fixation has also caused its share of problems for him. His first love, Jeff Langham, had kept secrets that Emery is only now beginning to uncover, and their connection to political malfeasance, dirty law enforcement, sexual assault, and a multi-layered trafficking ring that includes a white supremacist group is full of twists, turns, and revelations that by turns kept me riveted and left me reeling. 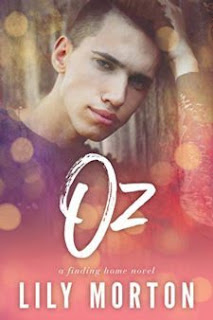 Oz by Lily Morton – Every moment Oz and Silas spend together on-page drives this story towards its inevitable conclusion. There is almost a sense of awe and wonder as their relationship morphs, grows and also, at times, feeds into Oz’s insecurities. Why would a man such as Silas ever be interested in a commoner like Ozzy Gallagher? Oh, but Oz is anything but common, and Silas is a man worth fighting for and holding on to. There is no doubt by story’s end that they belonged together and that the tone and nature of their relationship defines the series’ title, Finding Home. There is also no doubt by story’s end that my heart was nothing but a shmoopy little puddle of joy. This book is every bit as hope-filled and touching as that title suggests and as we have a hint of the setup for the next couple in the series, there is sure to be more embraceable and swoon-worthy moments ahead. It’s also certain this is a book I’ll read over and over again.
========
And that does it for this month! We’ll be back next time with our Best of 2018 picks, so until then, happy reading!
========
THE GIVEAWAY
a Rafflecopter giveaway